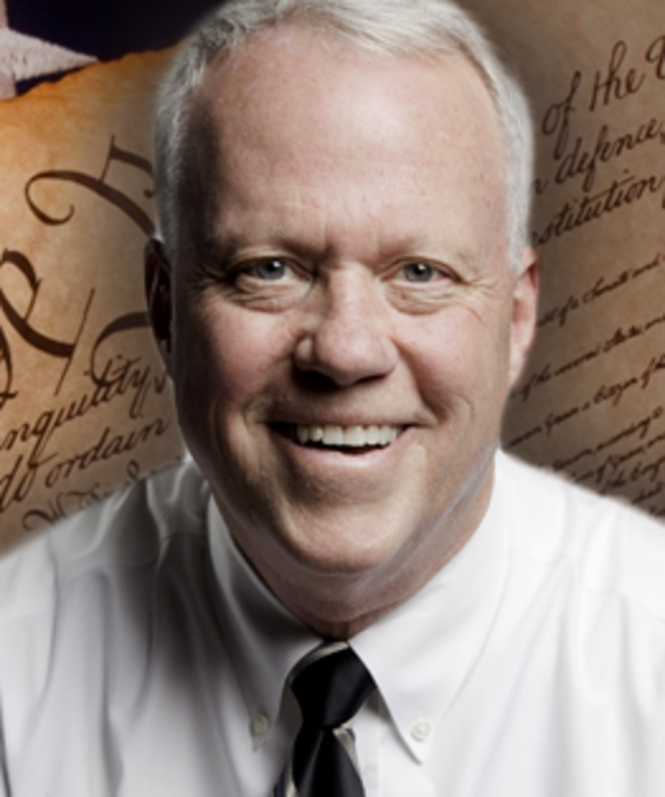 
(Copied from the Paul Broun Website)
After graduating from the University of Georgia and the Medical College of Georgia, Paul Broun devoted nearly four decades to serving others through the practice of medicine. Dr. Broun is passionate about the medical profession and enjoys helping patients whether as a family physician, in emergency medicine, or in the military. Several years before his election to Congress in 2007, to convenience his patients, Dr. Broun developed a practice based upon a style that is almost unique in modern times – one devoted entirely to house calls.

At age 18, he volunteered to serve our nation as a U.S. Marine. He was later commissioned as a medical officer in the U.S. Navy. After his election to Congress, Dr. Broun continued to practice medicine in his role as a medical officer in the U.S. Navy Reserves and was promoted from Lt. Commander to Commander in the U.S. Navy Reserves. In 2012, Paul was deployed to Afghanistan where he treated sick and injured Marines and soldiers. As a military doctor, he treated patients in the Navy Health Clinic at Marine Base Quantico and at the Brigade Medical Center at the U.S. Naval Academy. He was honorably discharged in 2014.

As a physician-Congressman, Dr. Broun is deeply devoted to quality medical care for our Wounded Warriors and Veterans here at home.

Paul and Niki Broun have been married since 1985. Dr. Broun has three adult children, Lucy, Carly and Collins. He has two grandchildren, Tillman and Lucile. The Brouns attend Grove Level Baptist Church in Maysville.

Dr. Broun is a former Member of the Foundation Board of St. Mary’s Hospital in Athens and of the hospital’s Long-range Planning Committee.

He is a member of the American Legion, VFW, Military Order of World Wars, MOAA, the Marine Corps League, Navy League, and the Reserve Officers Association.

An avid sportsman and hunter, Dr. Broun is a Life Member of both the NRA and Gun Owners of America. He is past president of the Georgia Sports Shooters Association and the Georgia Wildlife Federation. He is a former vice president of Safari Club International and is a Life Member of Quail Unlimited, Trout Unlimited, and the Federation of Fly Fisherman.

Dr. Broun is a member of Rotary International and the University of Georgia President’s Club.

Elected to Congress in a 2007 special election, he was re-elected by overwhelming margins in 2008, 2010, and 2012 to represent Georgia's Tenth Congressional District.

Dr. Broun is a strong constitutional conservative and introduced more targeted spending cuts than any other member of Congress.
CONTRIBUTE TO PAUL'S FIGHT FOR THE RIGHT!

Dr. Broun is a strong constitutional conservative and introduced more targeted spending cuts than any other member of Congress.